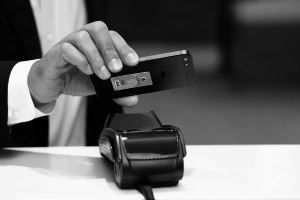 According to payspacemagazine, predictions of the boom in the mobile payments market appear all too regularly. Many experts say that within 2 to 3 years the value of mobile payments will grow by an order of magnitude and will overtake other types of electronic payments in terms of popularity.

According to a new study by International Data Corporation (IDC), in 2017 worldwide mobile payments will account for $1 trillion USD in value which is twice as much as $500 billion USD expected in 2015. Asia and Pacific regions are expected to lead the world in mobile payments (or mCommerce) in 2 years driven by a high number of initiatives and diverse mCommerce maturity level.

“Smartphone adoption has grown much more rapidly than general banking and card adoption in the Asia/Pacific region,” said Shiv Putcha, Associate Research Director, and AP Connected Consumer Marketplaces at IDC Asia/Pacific. “Recent focus on financial inclusion policies in various countries has given a boost to connecting the unbanked. This phenomenon, coupled with the innovation of semi-closed wallet schemes linked to bank accounts, has given a major boost to mobile payments in Asia-Pacific.”

According to the expert, despite the predicted boom in mobile payments in this region, emerging Asian economies which account for most of Asia’s population (China, India and Indonesia) are unlikely to use NFC-based solutions. They will more likely leverage semi-closed wallets, where consumers “top-up” their mobile wallets much like they would a prepaid mobile account by linking their bank accounts.