Uber for private aviation created by a Ukrainian developer

Two weeks ago private jet service startup JetMe launched a Name Your Price service – the users can name the price they are ready to pay for the flight. Just within several days 11 orders were made – an excellent result for private aviation market. Forbes learned the story of Dmitriy Romaniukha, who creates “Uber for jets” in the USA with a view to global market.

After the Floyd Mayweather, Jr. vs. Manny Pacquiao professional boxing match the network was flooded with the snapshot of Las-Vegas airport crammed with several dozens of private jets. “This is the main reason for our decision to build startup in the USA, – Dmitriy Romanyukha, CEO JetMe explains. – At present America accounts for about 49% of the world jet traffic”. Dmitriy’s words are backed up by the fact that since the launch of the startup the majority of orders have been made at the territory of the USA.

JetMe concept is based on the passengers’ desire to choose a comfortable flight, as well as on the operator’s desire to receive additional profits. Very often the jet carries out the chartered flight in one direction, returning to the native airfield “empty”. This fact results in certain losses for the company and JetMe helps to eliminate them. When the jet returns “empty-legged”, the service offers to take aboard its client at the price s/he is willing to pay. This is profitable for the operator, since the new passenger covers the return expenses.

“We now examples when the price for the flight from San-Francisco to Las-Vegas was reduced from $5000 to $1000 since there were passengers wiling to take the return flight. In this case the operator chose to reduce the price for one-way flight, thus receiving extra revenue. Such policy helps cover operational expenses on parking, pilot’s fee, fuel”, – the project’s CEO relates.

We offer our targeted customers a possibility to get a better option for the same money, rather than to economize. For example, private jet San-Francisco – Los-Angeles flight will cost $4500. If there is a company of six people, each person will be charged $750. It’s cheaper than to fly business-class. And much quicker and more comfortable into the bargain.

The creation of the startup started in 2013 when the project team happened to face a clear problem: is there a possibility to custom-design the flight. “At times, since there was no appropriate flight, one was forced to fly into the city a day earlier and put up at a hotel in order to be ready for the morning meeting the next day, – Romanyukha recollects. Private aviation could have offered a solution, but ordering a jet appeared to be quite a problem”. At close scrutiny it appeared that private aviation was governed by the half-of-a-century-old rules. All details should be discussed with a broker, with much time spent on postal correspondence and huge commission involved. Companies charging less commission fee demanded membership fee. Romanyukha spotted in this situation a possibility to create a new in quality product.

Within half a year the first version of JetMe was created. It allowed to promptly find a private jet between Moscow and Saint Petersburg. The model had been tested in Russia for several months and then the startup was moved to the USA with a dozen operators and a hundred jets added and iOS application launched. Active flight sales started in the fall and JetMe was able to sell several flights a month. 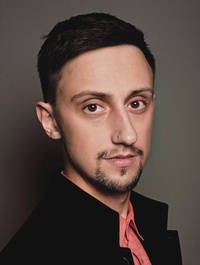 Russian venture fund Imperius Group, the most active fund in Ukraine as of the years 2013-2014, gave money for the startup development. $400 000 were allocated for the development of the project. “Back at that time it became clear that the idea would prove to be profitable. A branch representative was in the team and the expertise was powerful enough, – Pavel Alioshyn, the fund partner, related. – We also supported the transfer of the project to the USA market. All private flights operations in Russia are actually made on paper. Real time flights availability is impossible to get and this is crucial for the project”.

Monetization of the startup goes through commission which JetMe receives on each transaction. According to Romanyukha, it is 10% on the average, though sometimes the figure may vary. Currently the project has failed to offset the investments, but the break-even point is planned to be reached by the end of the year. This is planned to be achieved as a result of collaboration with hotels and concierge services all over the world. Some special offers in collaboration with several luxury hotel chain s and Silicon Valley companies working in service sector are being currently worked out.

“We offer our targeted customers a possibility to get a better option for the same money, rather than to economize. For example, private jet San-Francisco – Los-Angeles flight will cost $4500. If there is a company of six people, each person will be charged $750. It’s cheaper than to fly business-class. And much quicker and more comfortable into the bargain”, Dmitriy Romanyukha relates. The distinctive feature of JetMe is the absence of hidden commission and payments. In case of failure to get the jet, no fee is charged. Startup takes its share from the transaction only after booking confirmation. 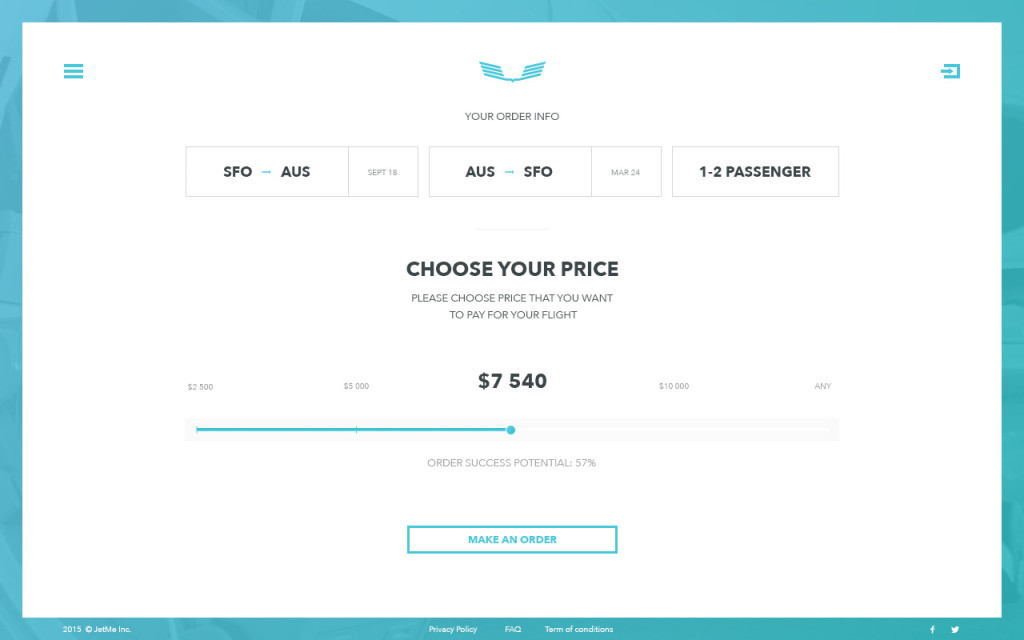 The startup developers’ team comprising eight members is currently working in Kiev while Romanyukha himself is negotiating with partners all over the world. Six more developers are working part-time in the USA and other countries. Lag time, according to the project’s CEO, is not a problem. It sometimes even helps, since, while it is night in the USA the developers’ team may correct the bug or complete a new function. Another bonus is absence of “the boss breathing down the neck”. “The team feels more comfortable when I see the result and don’t interfere in the intermediate process, – Romanyukha adds with a smile. – Besides, thanks to the 10-hour difference I can coordinate and discuss the work plan with the team before the beginning of actual business week in California.”